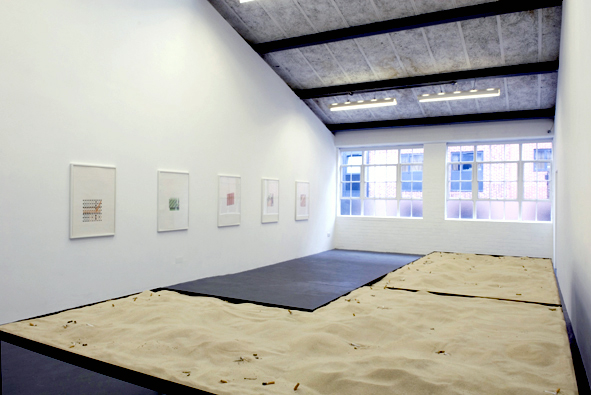 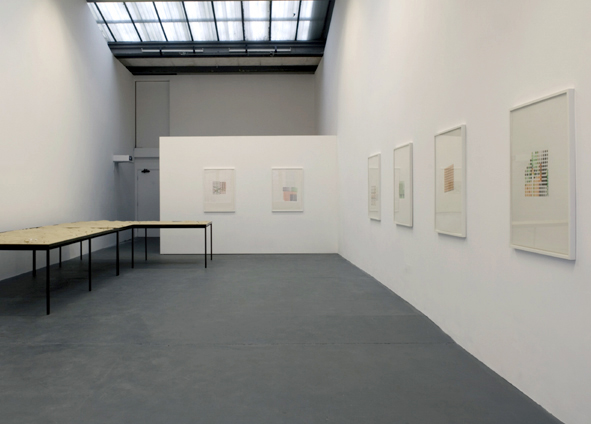 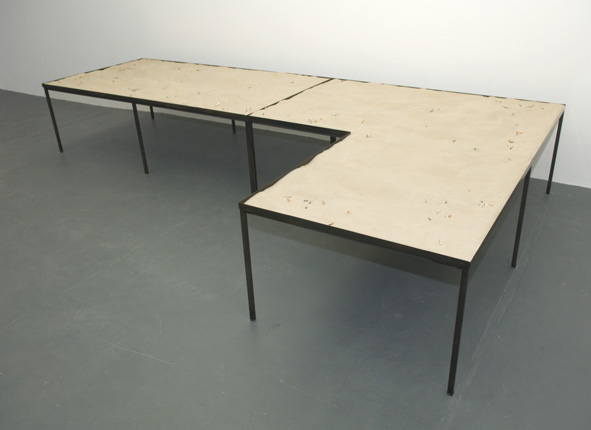 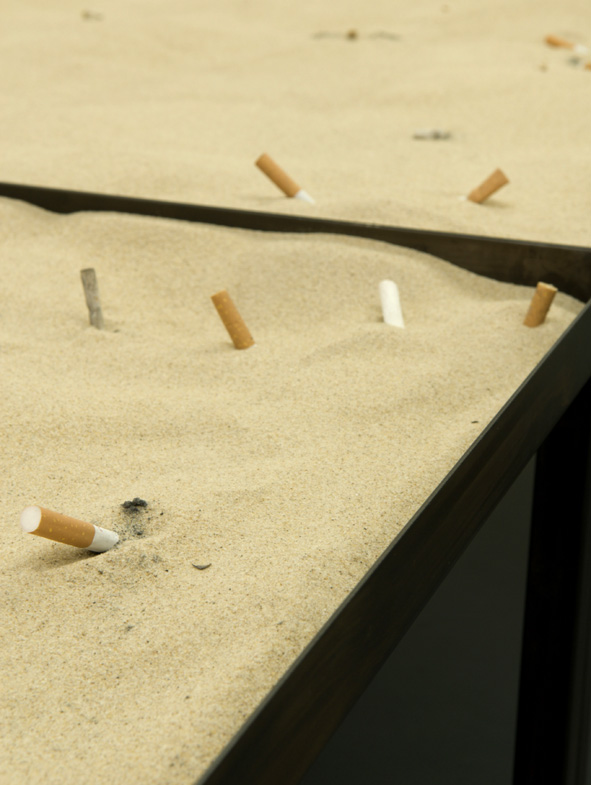 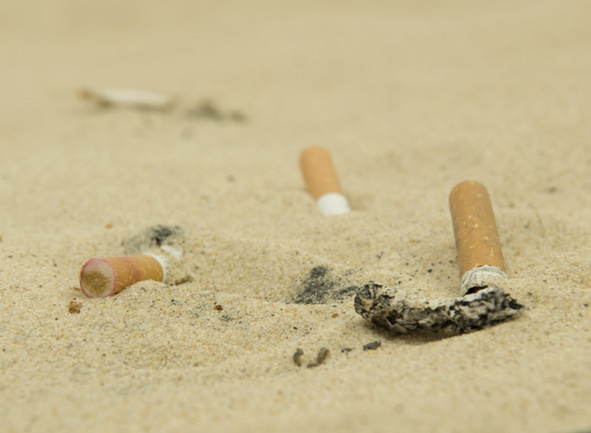 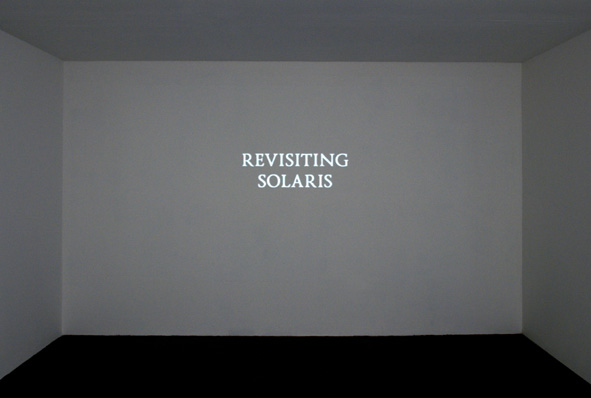 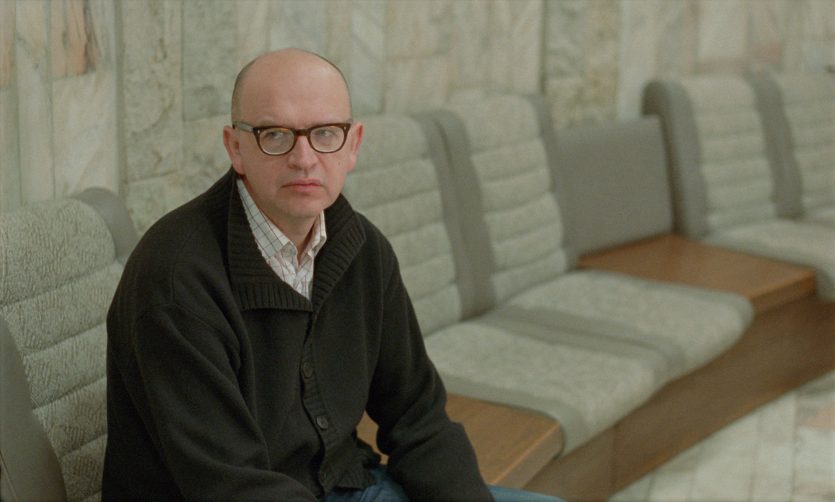 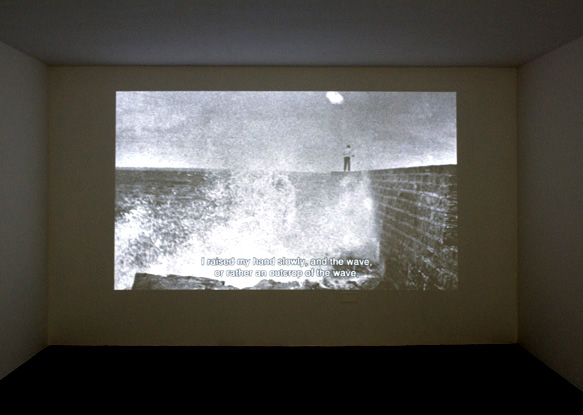 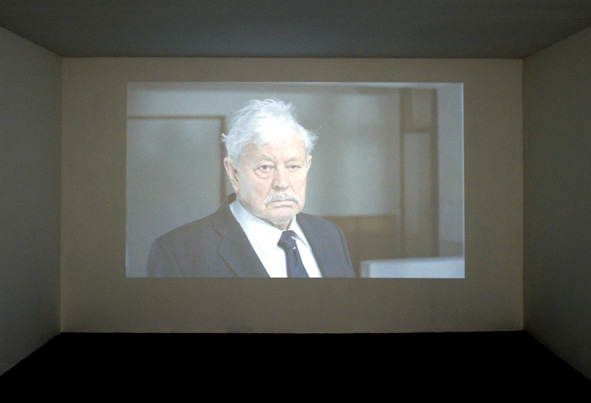 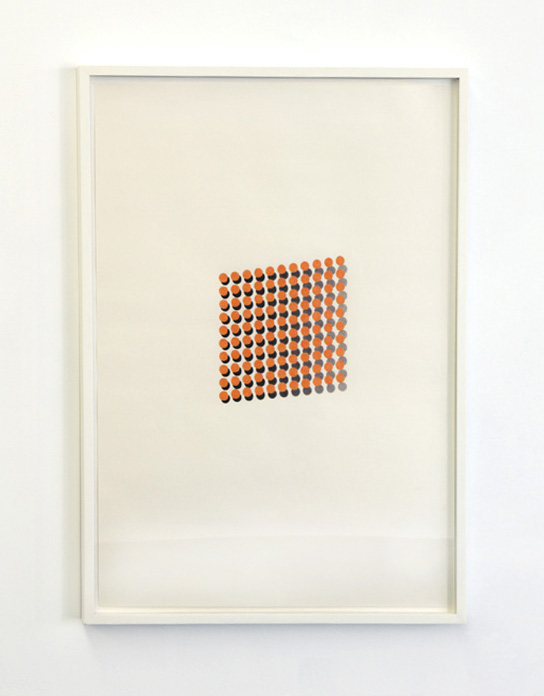 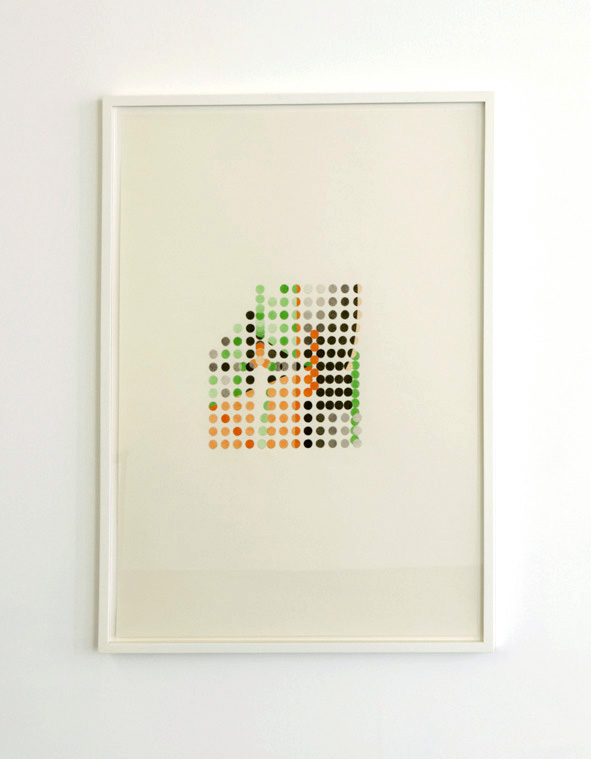 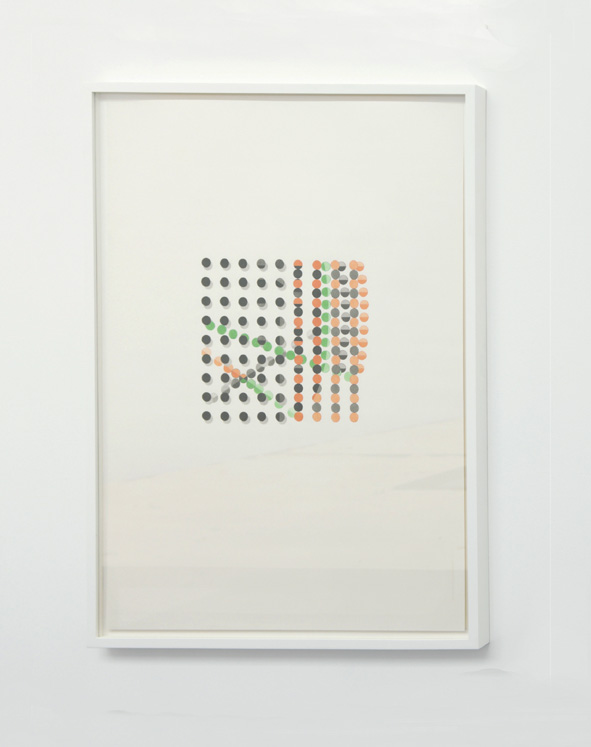 ART SHEFFIELD 08: Yes, No & Other Options is a city-wide contemporary art event taking place within Sheffield’s major galleries, project spaces, temporary venues and public sites. Taking its foundation from a specially commissioned text by art critic Jan Verwoert, this city-wide exhibition addresses the fact that in a post-industrial condition, one particularly pertinent to Sheffield, we have entered into a service culture where we no longer just work, we perform in a perpetual mode of ‘I Can’.

Parallel to her abstract paintings, last year’s Turner prize-winner Tomma Abts has been continuously developing a series of drawings. In this series of drawings Abts unworks the logic of geometrical structures; through small yet decisive displacements she destabilises the form of seemingly rigid shapes and patterns; as she makes them drift apart, she also allows them to reconfigure themselves in unpredictable constellations. By performatively unworking structures in the process of working on them, Abts reveals their hidden latencies and thereby deconstructs their organisation from the inside out.

Unmaking the logic of systematic structures, in these drawings, therefore is an act, a practice or performance that, in a much wider sense, speaks about how to deal with the structures that determine the way we think, make decisions and experience space and time. Today we live with a dominance of cybernetic structures of thought, decision making and experience (the choice always only being one between 1 and 0, yes and no). When we choose, we choose from menus of options predefined by programmes.

By unworking the systematic logic of this rationality in works – that indeed look at times like cybernetic systems gone out of sync – Abts demonstrates what it means to mess with the programme. Her drawings therefore propose different structures for thought and agency as well as other rhythms to sequence time and organise space, structures that allow for uncharted possibilities to emerge.

In his films, Deimantas Narkevičius amplifies the echoes in modernity’s ruins. Contrasting documentary footage from places that speak of the recent Soviet past of his home country, Lithuania, with the words that people used and use to assert their beliefs and place in history, he creates complex montages in which the memories inscribed into the images rub up against the rhetorics of historical interpretation. Narkevičius a thereby gives you a strong sense of social reality in a state of historical transition when, upon the arrival of an unclear future, monuments crumble, words lose their meaning but memories linger.

Revisiting Solaris (2007) was shot on the site of a former Soviet television station. Here Narkevičius filmed the Lithuanian actor Donatas Banionis who played the protagonist in Tarkovsky’s iconic 1972 film adaptation of Stanislaw Lem’s novel Solaris. Extracts from the novel appear in subtitles to vintage black & white images of lonely snow-covered forests and cliffs on the Krim. In its faded glory, the station echoes the promise of technological sublime that the Soviet imaginary was built around. Banionis then appears as the vessel of a memory that is not disclosed in words but through his looks and postures, the language of his aged body. Through Lem’s words we finally experience the dream of a future world, that before it ever become real, was already filled with the melancholia that the idyllic landscapes of a lost past today evoke. In this way we re-experience modernity, beyond its exhaustion, in a state of potentiality as time is suspended in the tense of future past.

In her collages and sculptures Nicole Wermers isolates the sources of visual fascination in the surfaces of modern design, architecture and commodity culture. Dissociated from their primary context of use and consumption, these visual stimuli are presented as sources of sheer fascination and purpose-free desire. As their original function, however, is still tangible as a more or less latent presence, the dislocation of desire is experienced all the more consciously.

The sculpture Double Sand Table exemplifies this vividly. It consists of two interconnected tables, a hybrid between a piece of modular office furniture, a giant ashtray and an autonomous sculpture. Littered with cigarette butts, the patches of sand still look like a stretch of beach cut out from the landscape, contained in a geometric frame and elevated to table height for practical use.

On the one hand, the table ashtray could surely be seen to mock the aesthetics of modern formalist sculptures (a lot of which would indeed make good ashtrays) as well as the pretence of modernist design to provide elegant forms that only followed function (as if they ever did). On the other hand, however, Wermers’ work goes beyond mockery since she fully embraces the fascination of modern functionalist design even and especially in its warped and exhausted vernacular manifestations.

In much the same way in which smoking celebrates the gesture of elegantly wasting your money, time and health, Wermers rejoices in wasting the assets of functionalism. Because it is precisely at the point of their exhaustion, when their meaning and use is again up for grabs, that these modernist concepts begin to radiate with a strange sense of new potential.

Tomma Abts was born in Kiel, Germany in 1967. She was the Turner Prize winner in 2006, shortlisted for her solo exhibitions at Kunsthalle Basel, Switzerland and greengrassi, London. She has exhibited at the Shanghai Biennale, the 4th Berlin Biennale and British Art Show 6. She lives and works in London and is represented by greengrassi, London.

Deimantas Narkevičius was born in Utena, Lithuania in 1964. He has become an internationally known film and video artist and is one of the most consistent and widely recognised Lithuanian artists on the international art scene. He exhibited at the 49th Venice Biennale and at Sculpture Projects Muenster 07. He lives and works in Vilnius, Lithuania and is represented by Galerie Jan Mot, Brussels.

Nicole Wermers was born in Emsdetten, Germany in 1971. She studied at The University of Fine Arts in Hamburg (1997) and at Central Saint Martins College of Art and Design in London (1999). She has exhibited in solo exhibitions at Tanya Bonakdar Gallery, New York, Camden Arts Centre, London and Secession, Vienna. She lives and works in London and is represented by Herald St, London.