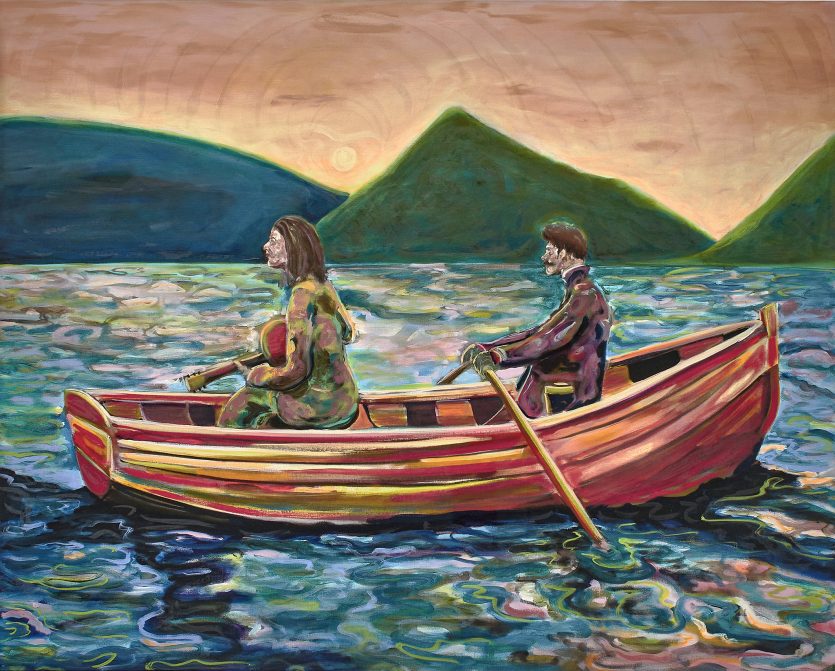 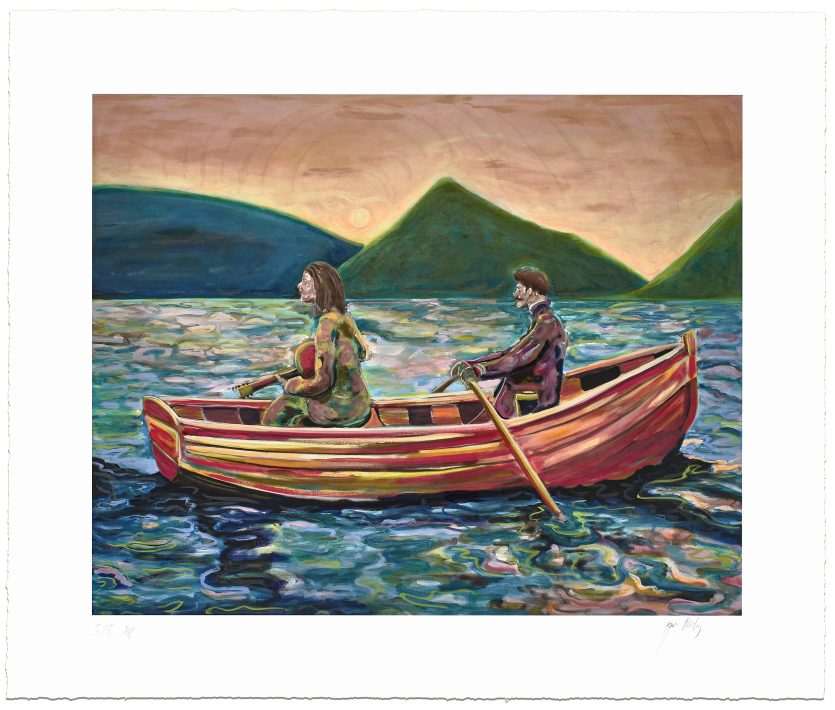 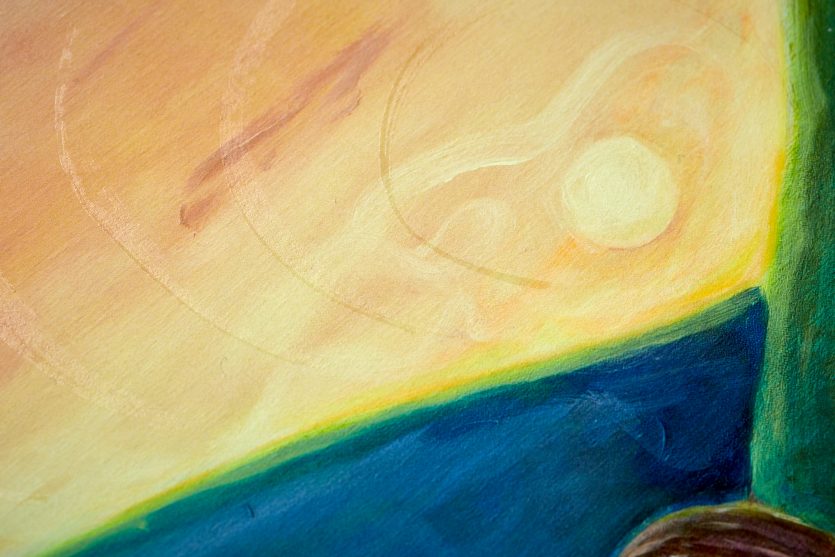 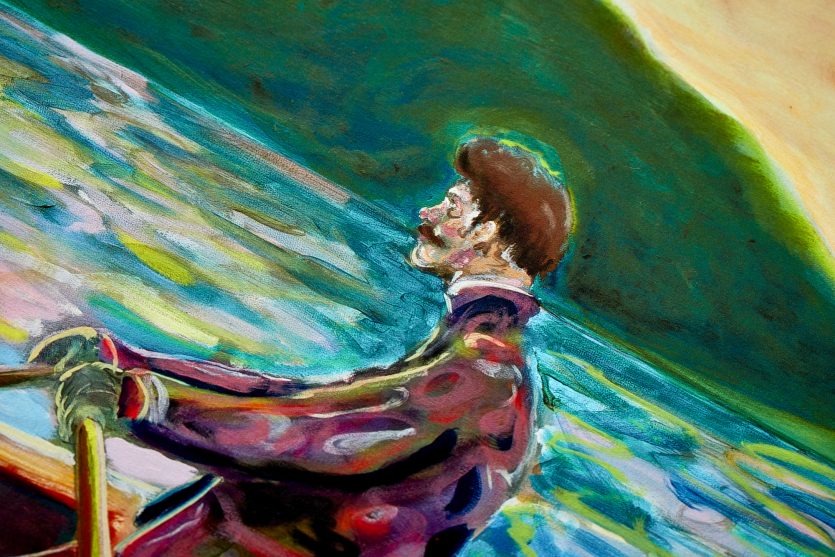 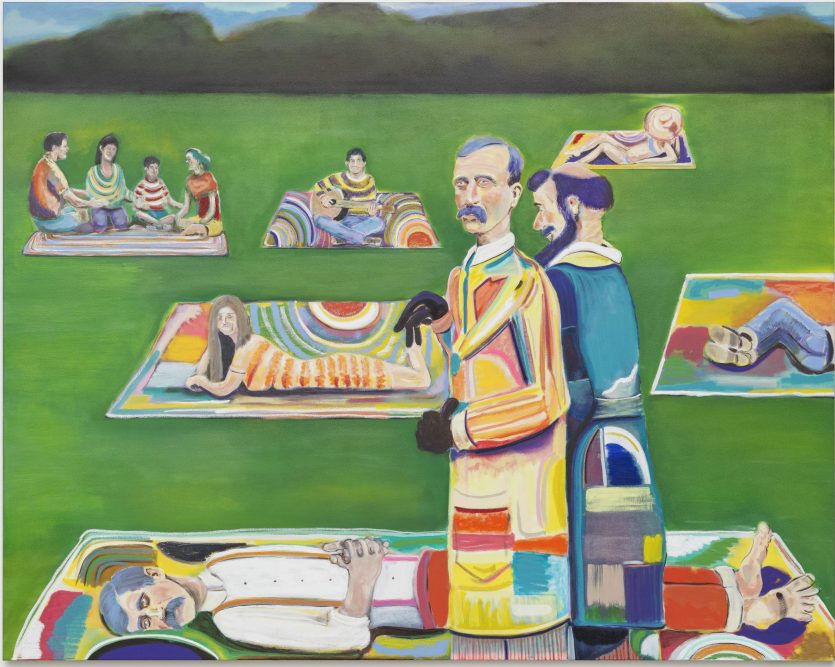 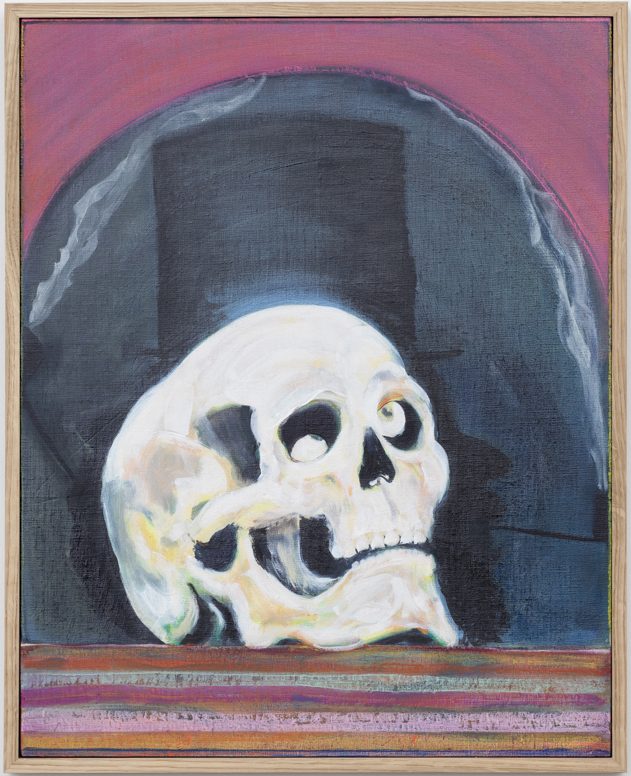 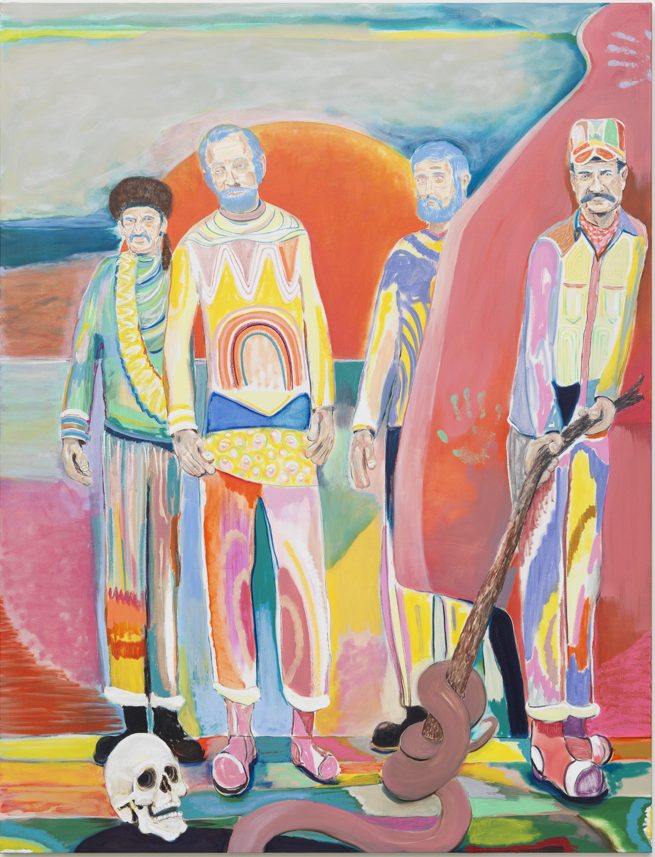 S1 Artspace is delighted to announce the launch of The Departure – a new limited edition by British artist Ryan Mosley, which will be presented alongside a solo exhibition of Mosley’s paintings.

The Departure (2022) depicts a scene that conjures multiple narratives and possibilities – a quality which permeates throughout Mosley’s painting practice. Two solitary figures sit in a rowing boat at sunset within a watery highland landscape. One pensively plays the guitar as the other absent-mindedly rows into the unknown. The viewer cannot deduce their destination, but the title suggests this couple plan to journey to new shores.

All proceeds raised through the sale of the edition will directly support the charity’s activities.

Click here for more information about the edition and to purchase

This is the first edition Mosley has produced where the artist has hand-embellished each individual archival print. Brush marks accentuate elements within the image making each edition entirely unique.

Mosley comments – “There’s nothing new or novel about a boat painting made in 2022, through several failed attempts at making paintings of characters on a stage, I would end up erasing the stage and revealed concaved floorboards, which read as though the characters were standing in the hull of a boat. I never planned to make boat paintings, but the possibilities seemed too good a gift not to pursue further, which has led to numerous new dialogues and departures in my practice.”

Alongside The Departure, the gallery presents a solo exhibition of Mosley’s paintings produced at S1 Artspace between 2014 – 2017. Mosely has a long-standing relationship with S1 Artspace spanning almost two decades. From his first artist studio following graduation from Huddersfield University in 2003 to becoming a trustee of the charity in 2016 to represent the needs of artists in the city.

The paintings presented do not come together through thematic connection or narrative. Instead, they demonstrate Mosley’s approach to painting; the exhibition becomes a window of observation into the artist’s studio where ideas manifest, evolve and depart to make way for new murmurings as the painting’s journey begins.

Ryan Mosley (b. 1980, Chesterfield) is a painter based in Sheffield. He completed his BA in Drawing and Painting at Huddersfield University in 2003 and his MA in Painting at the Royal College of Art, London in 2007. His work has been featured in several group exhibitions including the recent exhibition The Kingfisher’s Wing, curated by Tom Morton at GRIMM, New York (2022), the notable major survey exhibition Radical Figures: Painting in the New Millennium at the Whitechapel Gallery, London (2020), and One Day, Something Happens: Paintings of People, curated by Jennifer Higgie at Hayward Gallery Touring, UK (2015-2016).