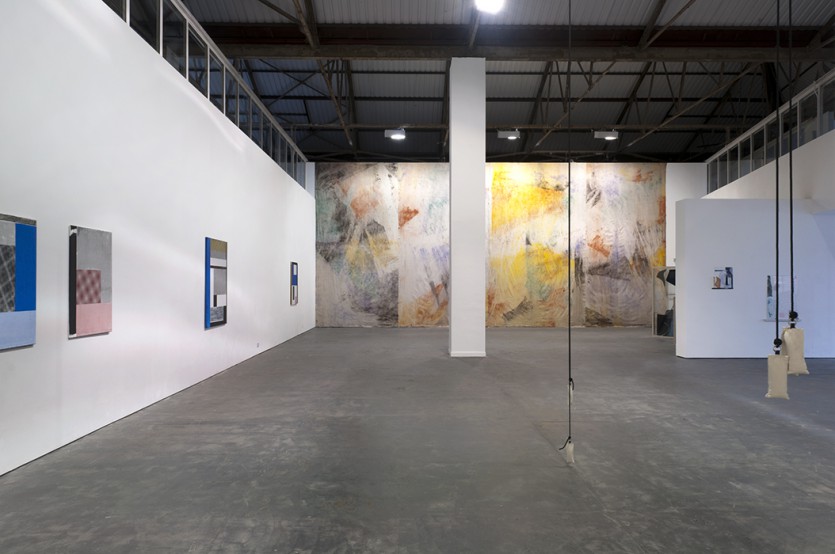 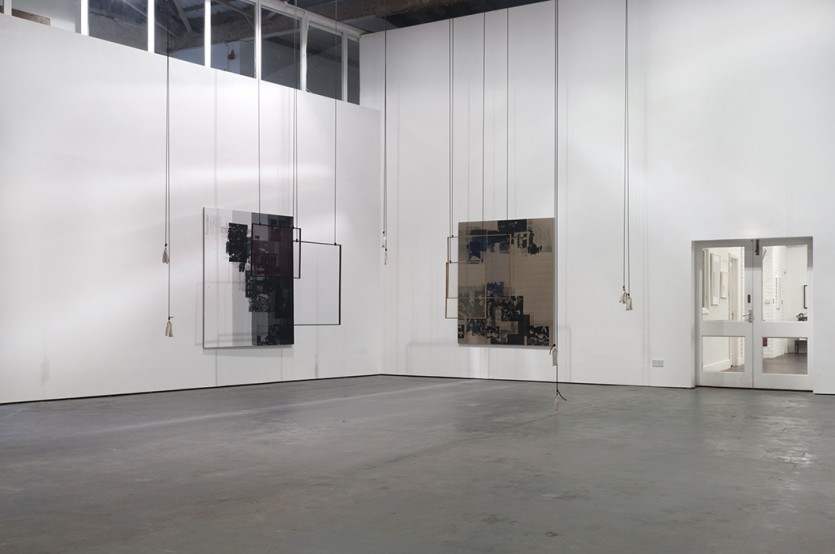 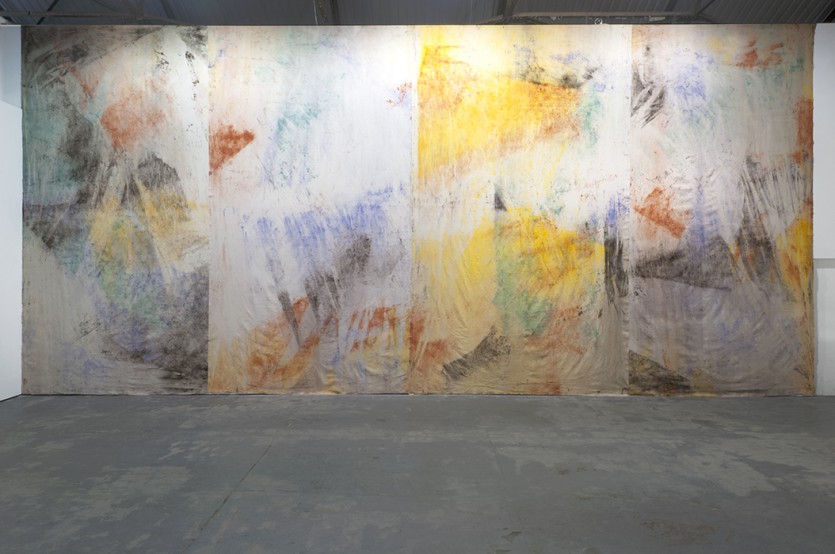 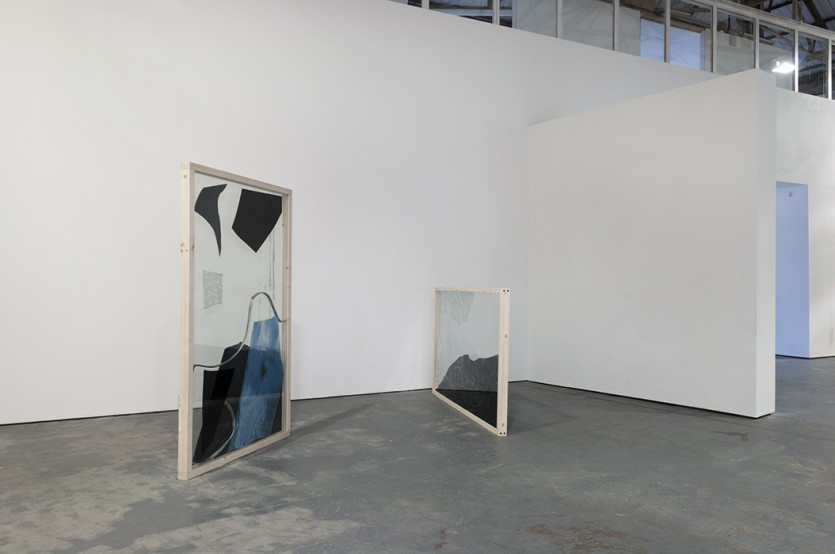 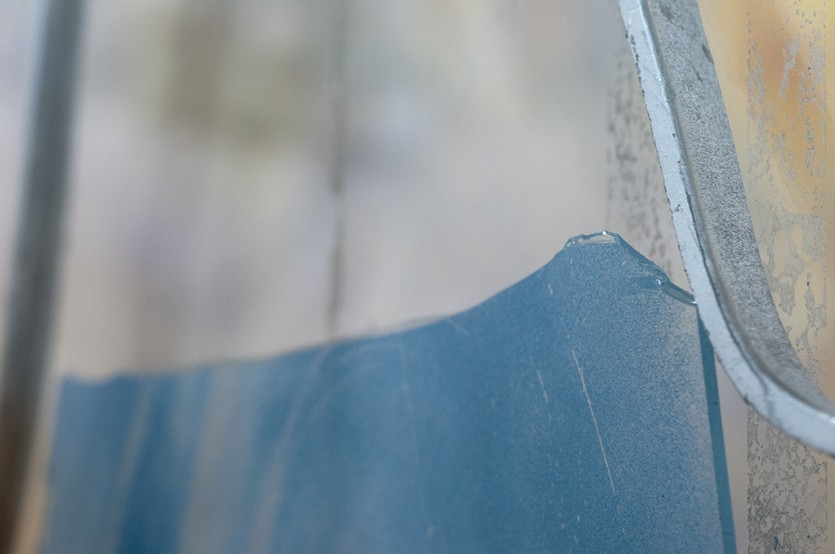 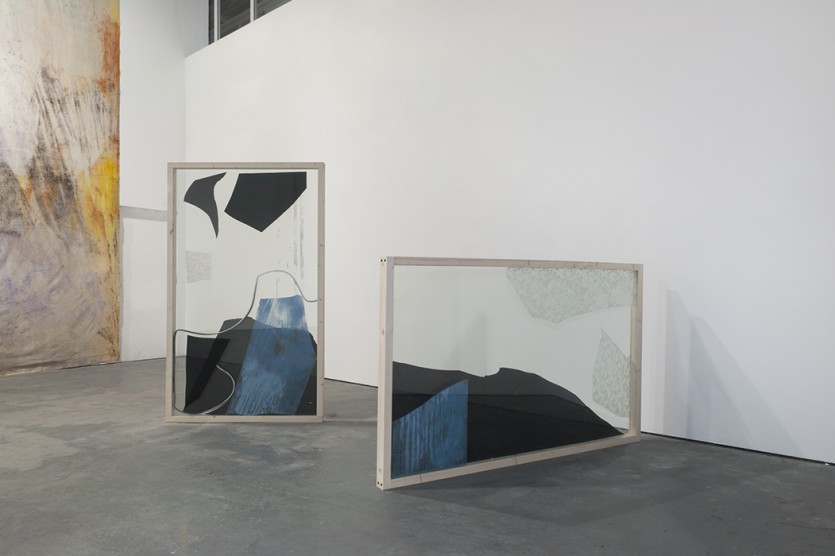 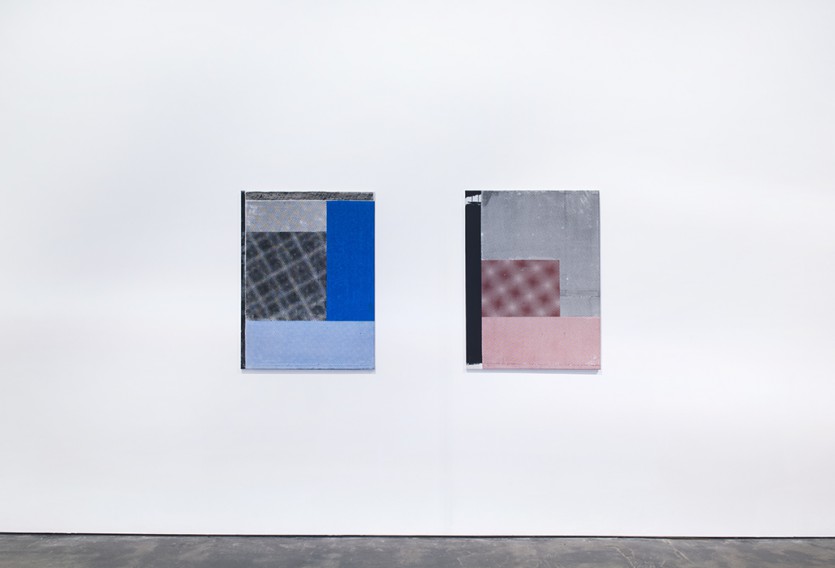 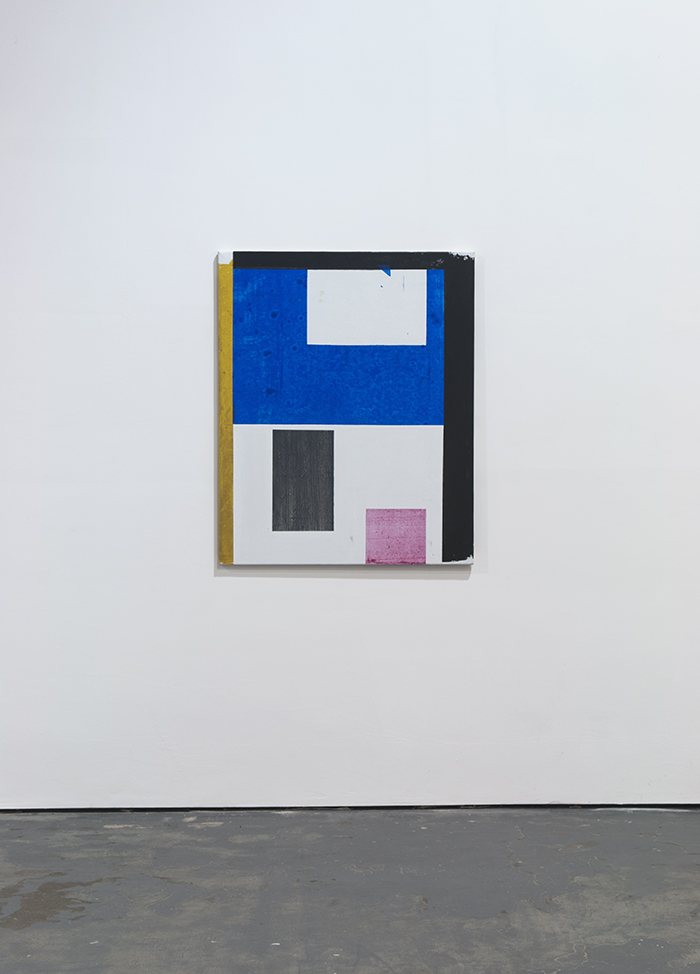 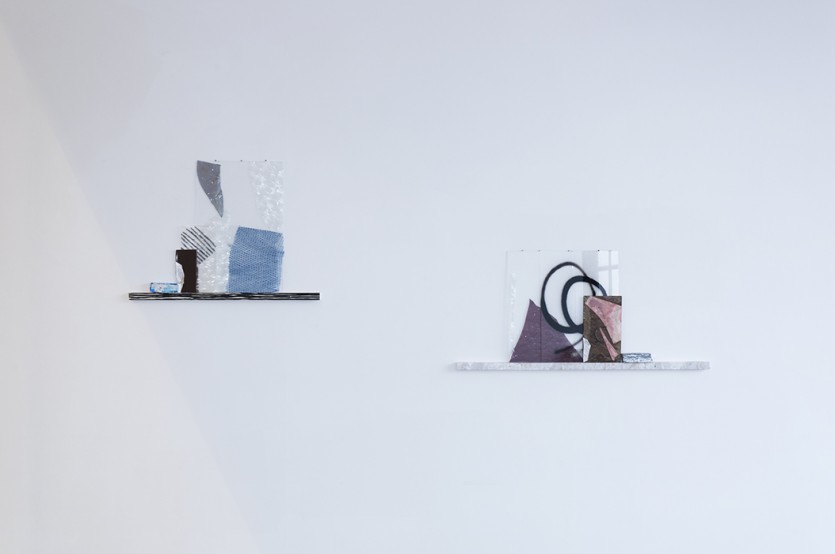 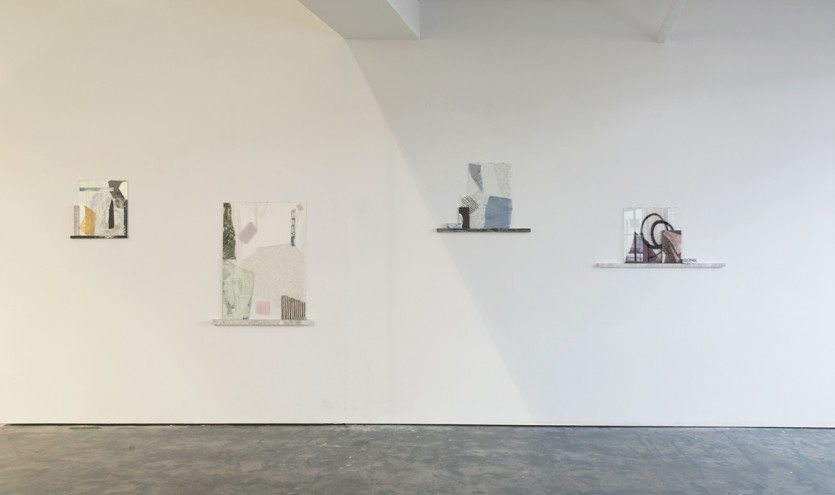 The title of the exhibition references both a former work by Melissa Gordon [Parallax Curtain, 2006] and the publication The Parallax View [2006] by Slovenian philosopher Slavoj Žižek. A parallax effect describes the phenomena whereby the world and objects around us appear displaced, unfamiliar or changed when viewed from a different position. It is a way of looking from two lines of sight or two opposing points of view – both literally and philosophically. A form of expanded perception, a parallax reveals multiple perspectives in continual flux which in turn create limitless layers of meaning. This concept is invoked by Žižek in The Parallax View and is an approach present in the individual practices of the three artists in this exhibition.

The Parallax Curtain draws together these ideas through the presented works, which, due to each artists’ multiplied approach, share a sense of re-appropriation, renewal and re-presentation. Through extensive research, obsessive cataloguing and process itself, the artists presented in The Parallax Curtain mine the past for forgotten histories and real world events; historical figures; discarded objects with their own silent history; or fictions to retell. Through this process – in addition to a constant editing, collage and layering – resulting works subtlety re-perform these various narratives.

Collectively, the works offer an examination deep within these rediscovered subjects and the promise of revelation, or a drawing back of the curtain. However almost simultaneously, the work implies something hidden, disguised or obscured from view, and any final resolution is playfully deferred. The Parallax Curtain points to theatricality, staging and performance, techniques central to the individual practices of the artists in this exhibition. For Musgrave it is the work that performs, Gordon however invites the viewer to perform with the work, and for Warboys the process of making records a series of performative gestures to be edited within the space they are shown.

Jessica Warboys’ practice is largely developed in the outdoors, utilising the natural landscape as her studio or stage set, and the natural elements as her physical materials. For The Parallax Curtain, Warboys presents a large-scale ‘sea painting’ produced specifically for the gallery. The process of producing these performative paintings is physical and improvised. Each of Warboys’ sea paintings are treated with mineral pigments before and after being plunged into and washed at the seashore. Presented in the gallery as un-stretched canvases and responding directly to the space, the sea paintings retain a trace of the action that took place and the history of their original location. Warboys’ film works are similarly imbued with theatricality and movement. Here, found or crafted objects, and characters invented or borrowed from history create open-ended narratives.

Emily Musgrave’s assemblages present a similarly improvised quality. In her freestanding structures and two-dimensional collages – specifically commissioned for the exhibition – Musgrave utilises found objects and discarded materials, which act as traces of the past, intuitively built up into an archive of personal artistic and material influence. The freestanding structures raise questions of value, permanence and perception, exploring the limitations of materials to act as reliable relics of the past. Musgrave often disguises materials or selects fragments that specifically resemble other more valuable objects, deliberately playing with understanding and obscuring meaning. Through this process her abstract works perform delicate, subtle shifts from one reading to another and back again, poised on the cusp of transformation or collapse. For Musgrave there is no conclusion to an individual work, simply a brief pause before it is demolished, destroyed and reinterpreted into the next composition.

Whereas Musgrave’s work displays a light touch, Melissa Gordon’s work is laden with the weight of history, an abundance of factual information and powerful media imagery reproduced to the point of exhaustion. Collisions (Kent State) is typical of Gordon’s heavily researched installations. Selecting iconic media images from significant moments in Western history, she collects and layers one image on top of the next in a gesture of simultaneous reproduction and erasure. Through their repetition, the images reach abstraction, disabling perception. Taking inspiration from the structure of theatre in the round, a system of gauze and veils are suspended in front of two canvases by kinetic pulleys, which simultaneously reveal and obscure reception.

In contrast, Gordon’s Structure Paintings – based on actual newspaper layouts – source information is obliterated leaving only its frame and format behind. Focusing on the systems through which we receive information themselves, Gordon reduces text and image to pure pattern, denying communication, and leaving only the familiar dot-matrix and grid structures from the printed page.