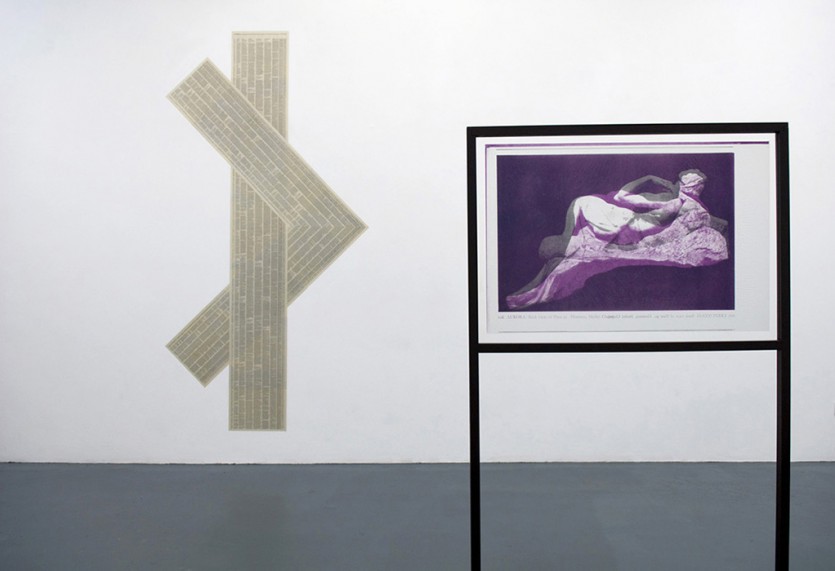 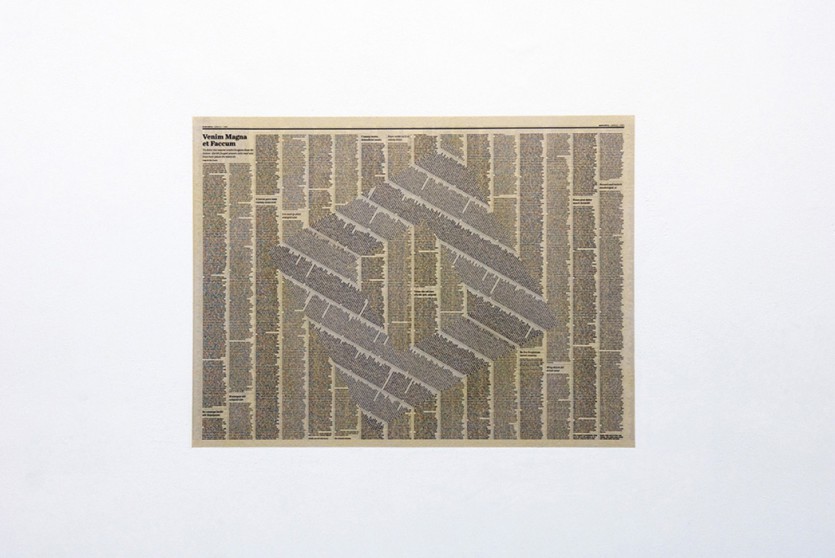 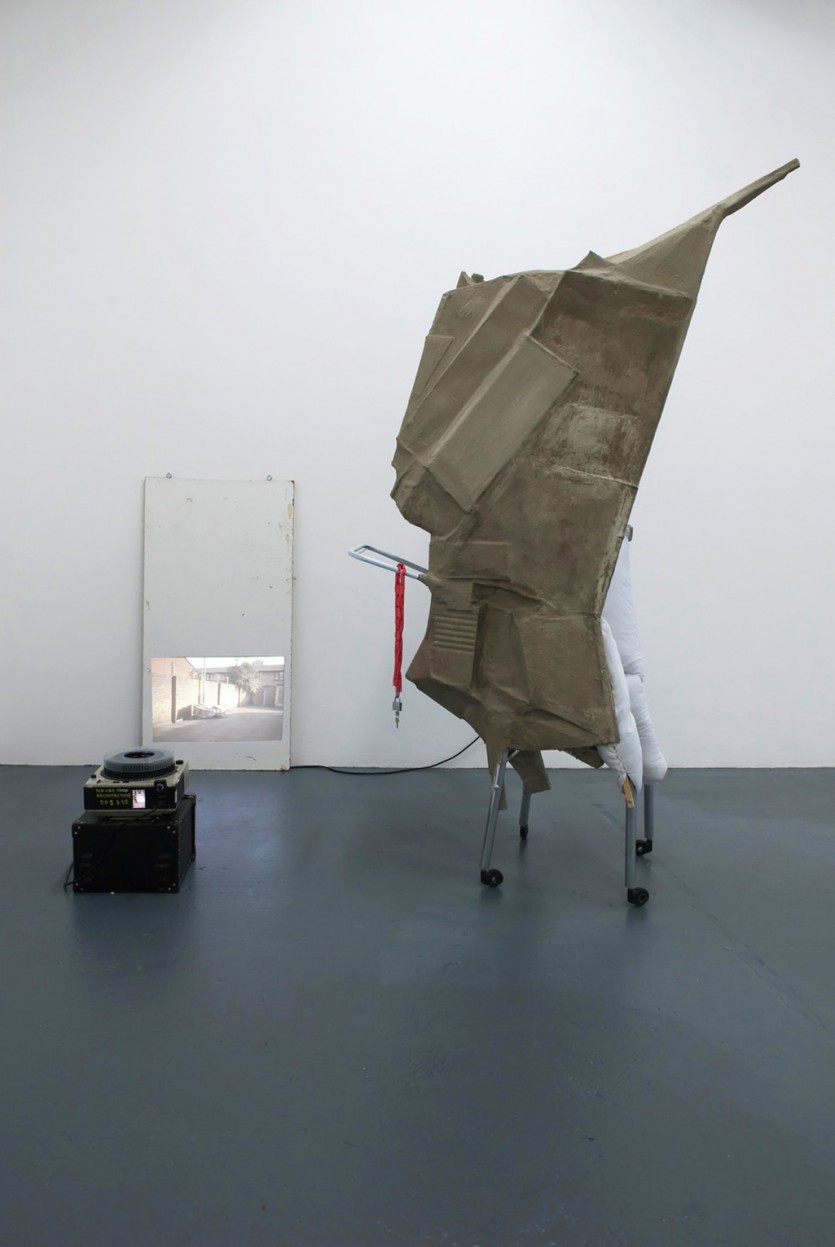 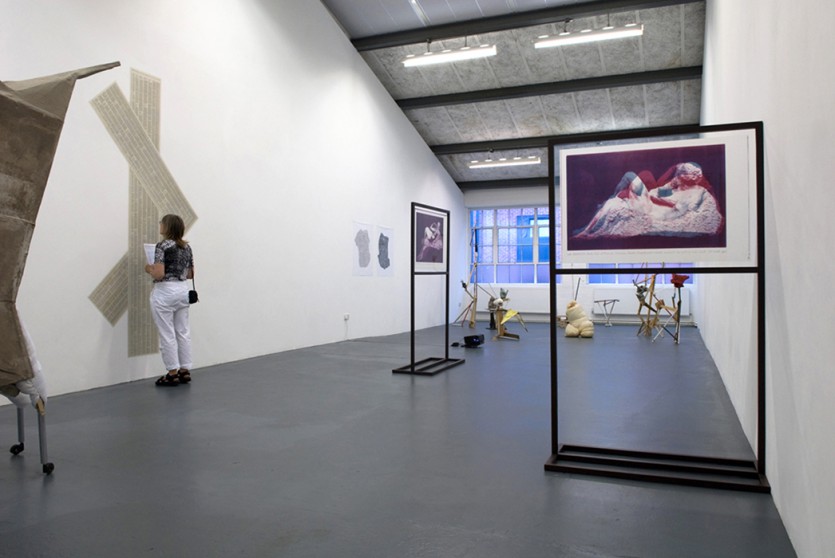 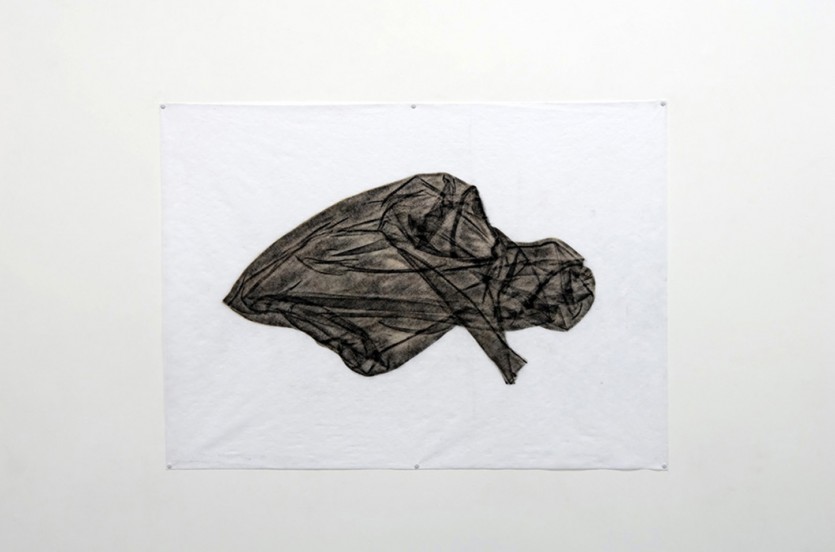 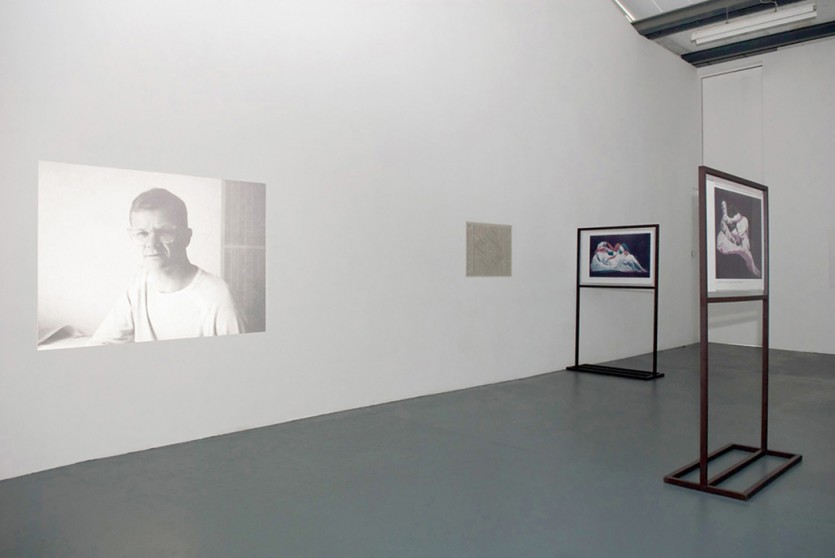 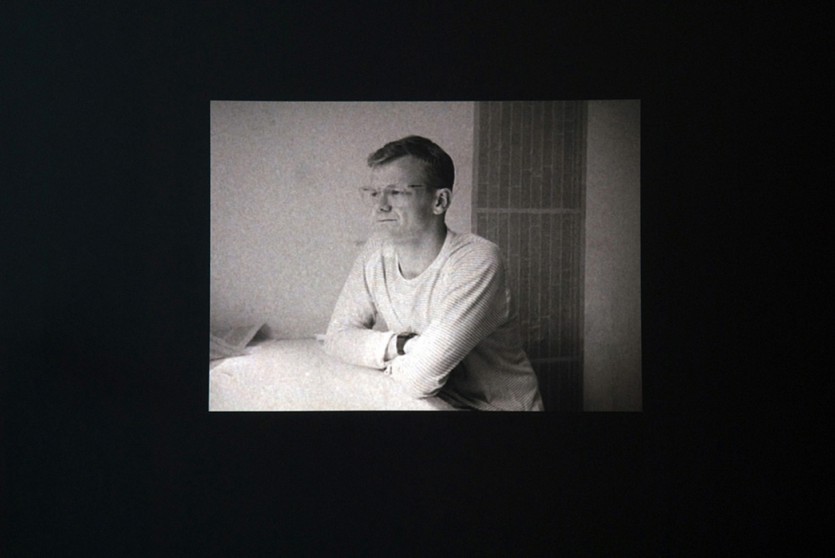 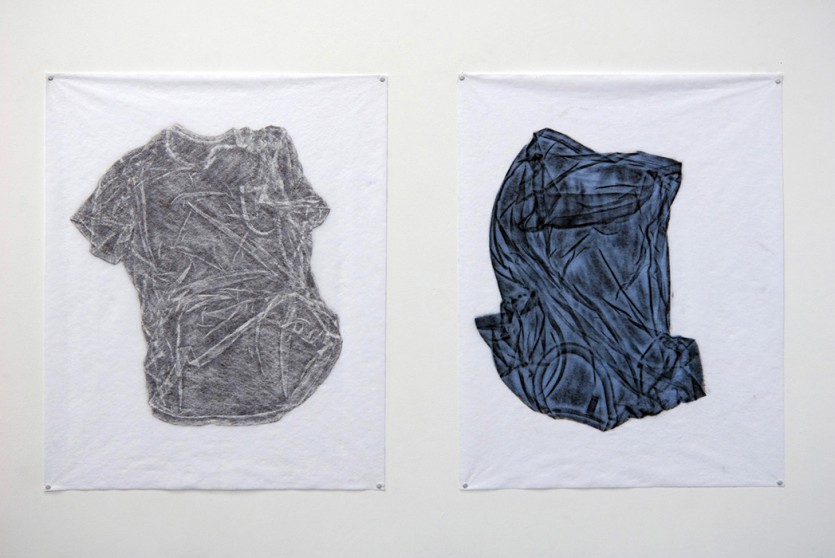 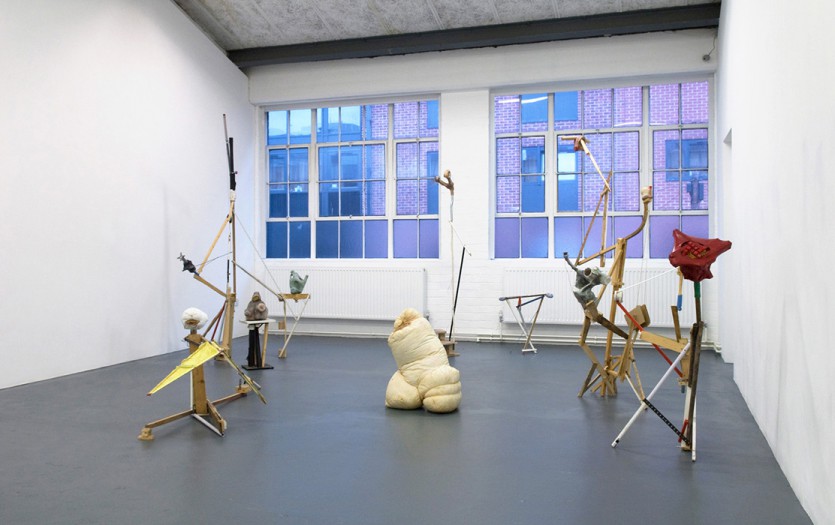 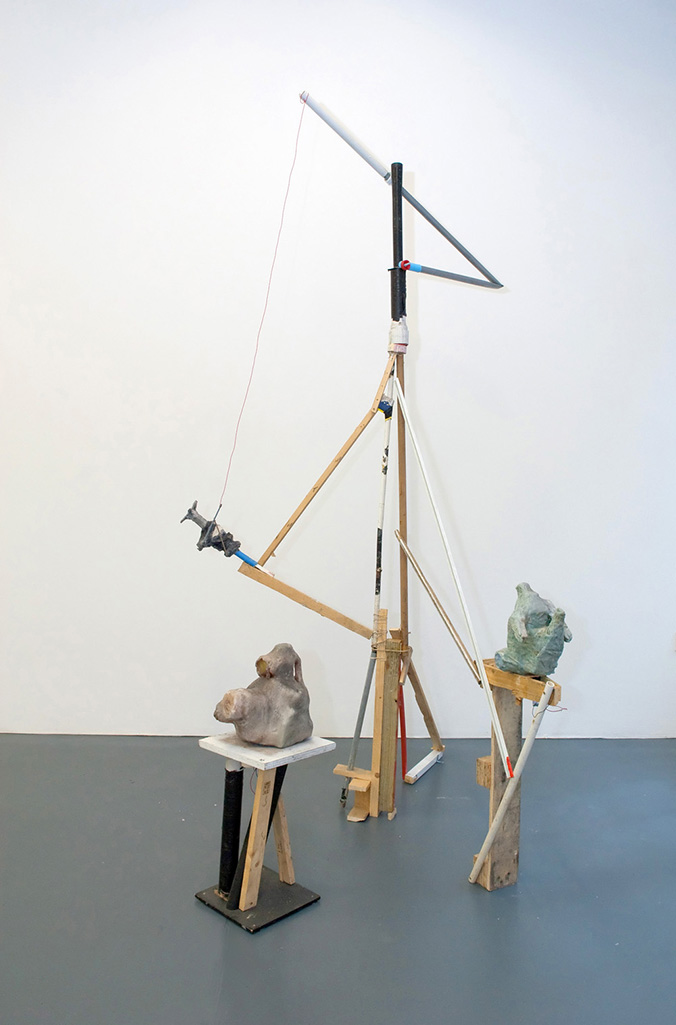 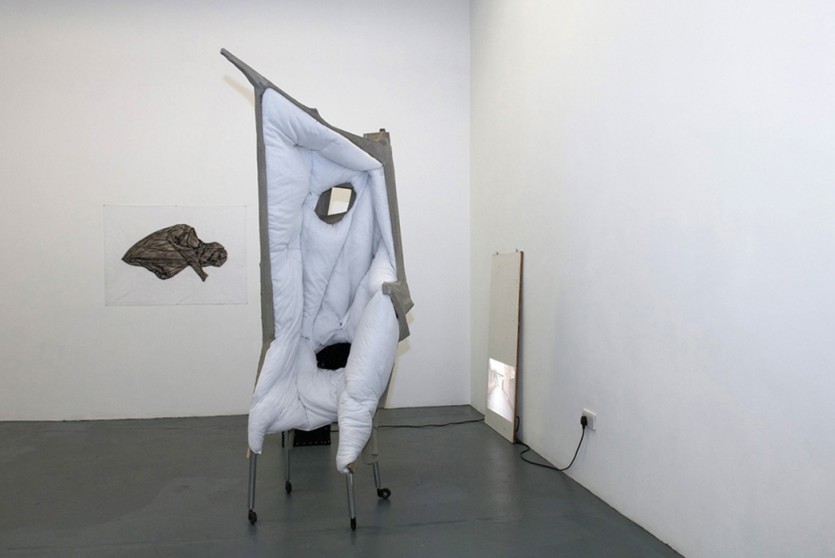 S1 Artspace presents Ersatz Objects, a group exhibition of new and existing works by London based artists Julika Gittner, Tommy Grace and Duncan Marquiss. For three years, Gittner, Grace and Marquiss have shared a studio in Hackney Wick, London, yet this will be their first opportunity to formally present their work together. The exhibition explores the nuances of artistic influence within the context of communal production space – akin to the open plan studio culture adopted by S1 Artspace.

The term ersatz denotes a copy or replacement, perhaps made from artificial materials. It implies that a superior original already exists but is missing in this instance. This lack and substitution may be recurring factors in the otherwise disparate work of Gittner, Grace and Marquiss.

Gittner’s interactive sculptures and performances derive from her background in architecture and an interest in its social impact. Despite employing a systematic approach of working to a brief (devised from job descriptions or disability benefits tests) her sculptures have an anthropomorphic pathos in their ramshackle functionality. They appear as lumpen figures whose adapted organs await an absent operator, their recycled materials understudies for more permanent concrete or aluminium.

Grace’s hybridised newspaper collages appear to be born out of his work as a graphic designer yet they reject the communicative function of the printed word and remain stubbornly mute. Lorem Ipsum is a substitute text invented by typesetters to mock-up pages awaiting content. Grace employs this nonsensical ‘dummy’ script to construct impenetrable op-abstracts that defy black and white reading.

Marquiss’ rubbings of his clothes on fabric resemble flattened doppelgangers, frozen in suspended animation. Paralleling Gittner’s sculptures they suggest absent figures or objects endowed with life. Frottage replicates objects as uncanny images but like photography it can exaggerate tones. Marquiss’ black and white 16mm film portrait of Grace in his studio, Grey Test, considers the subtle tones lost in representation. Attempts to catch a spectrum of greys by over and underexposing the film fail to replicate a human grey area.