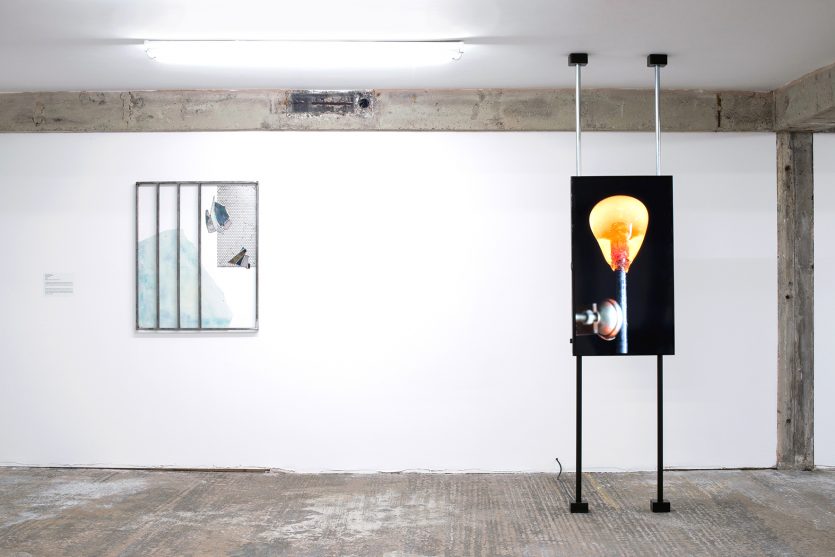 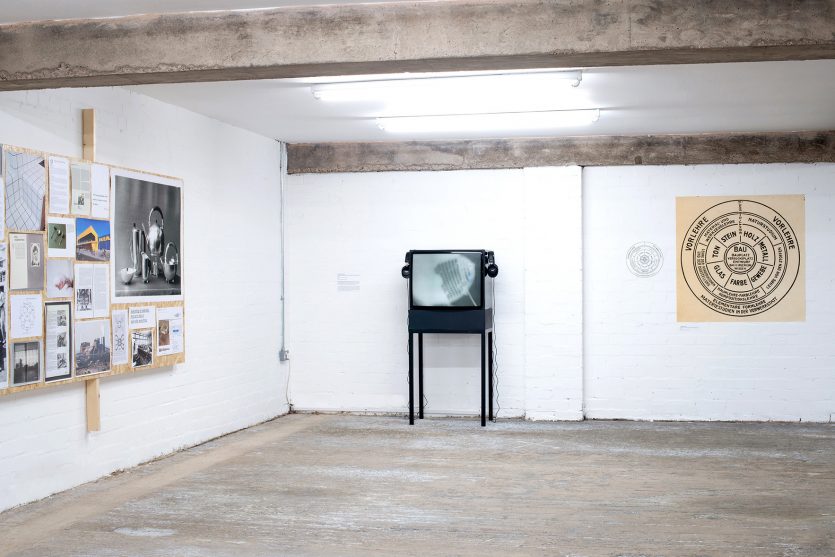 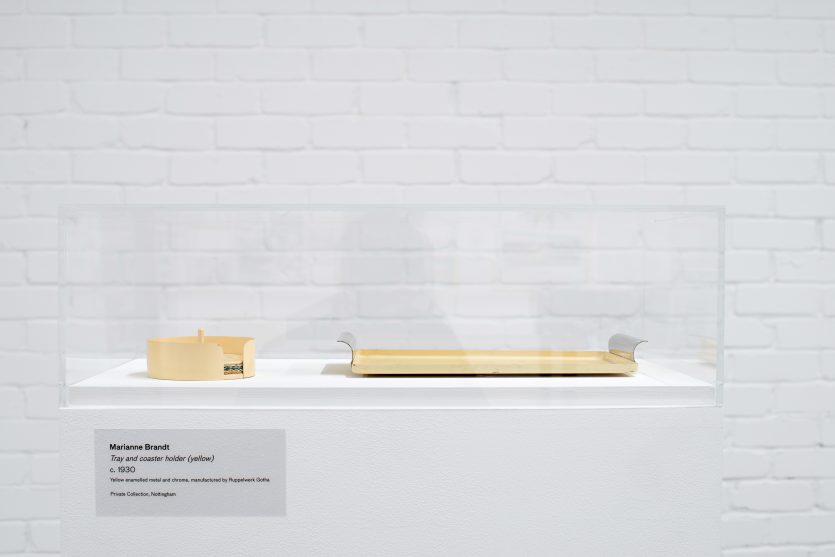 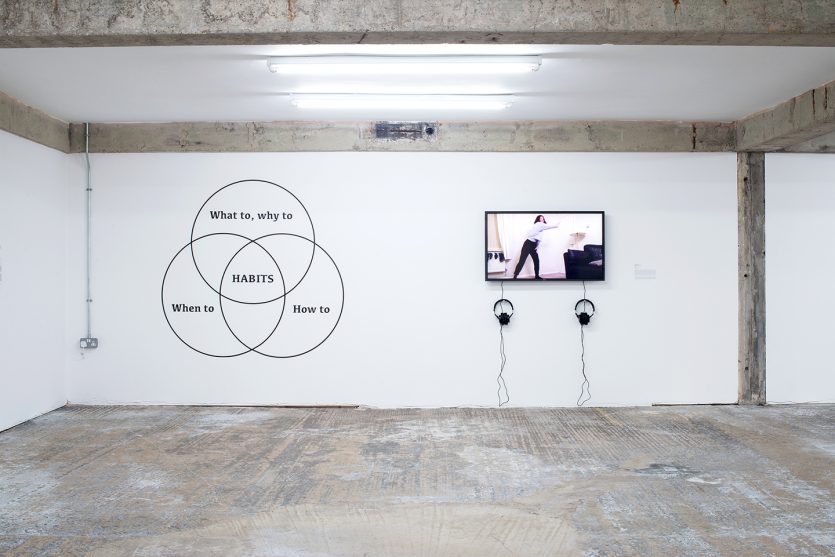 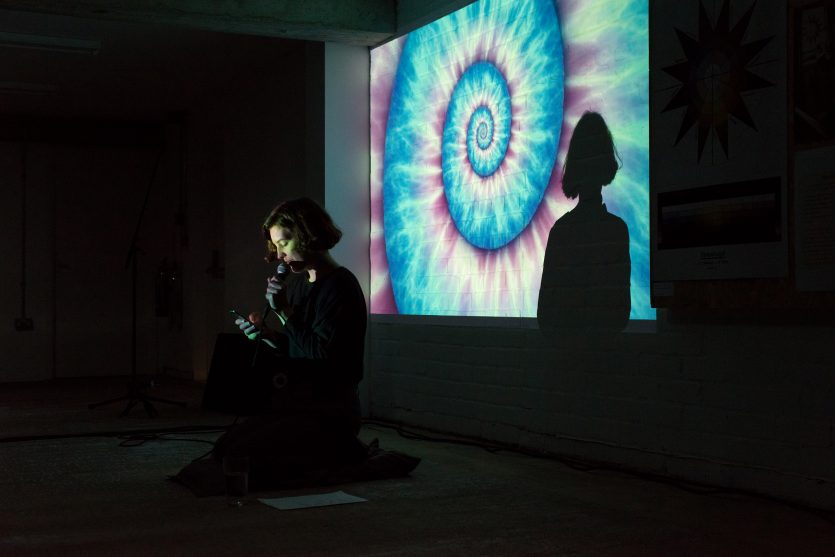 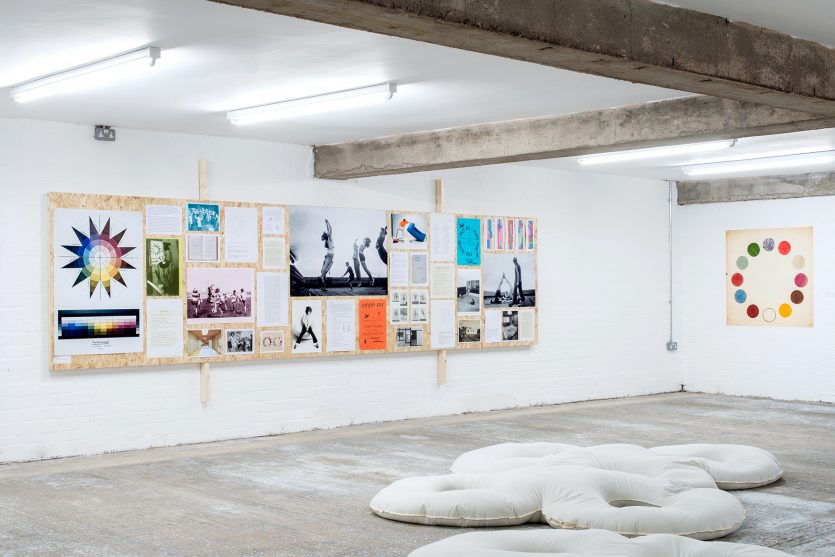 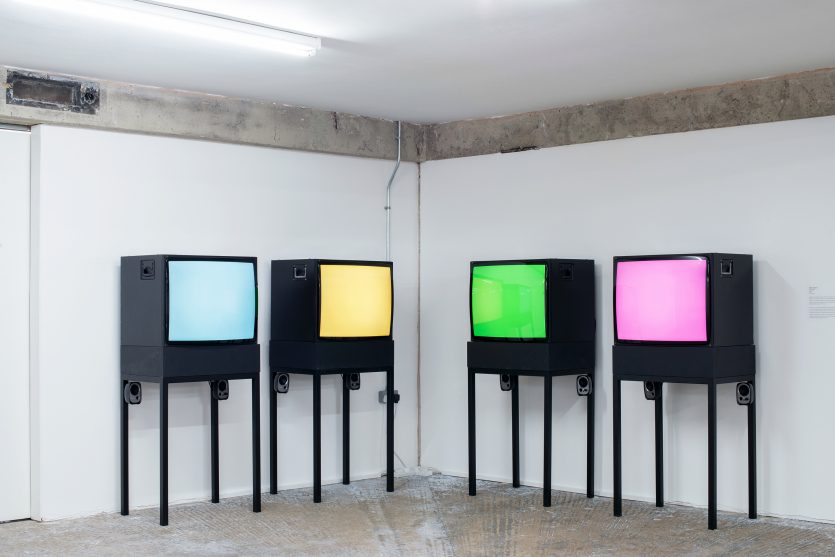 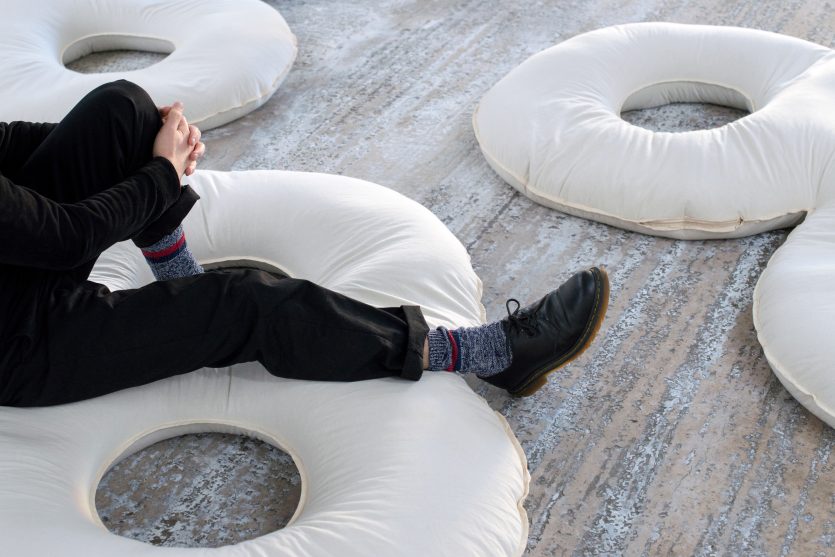 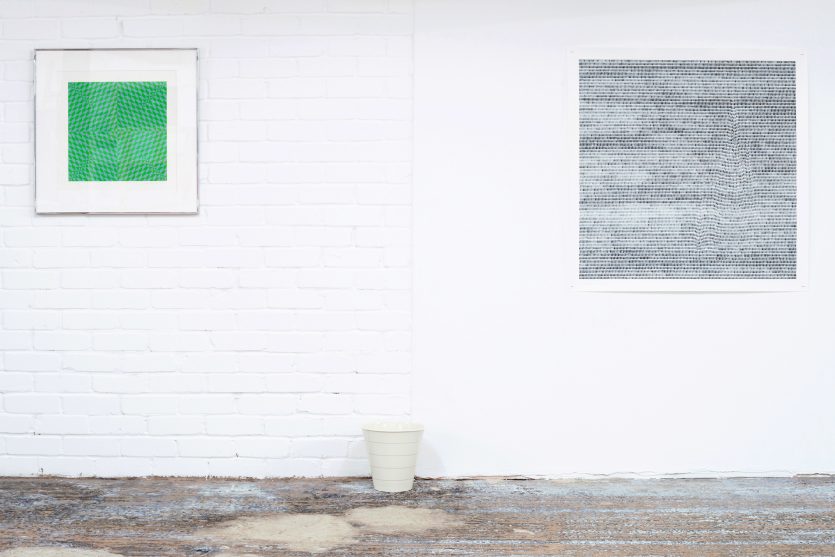 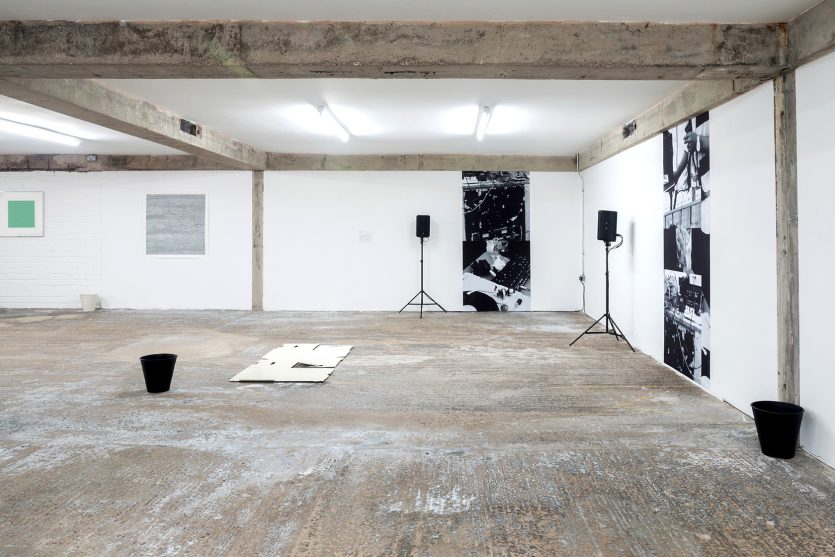 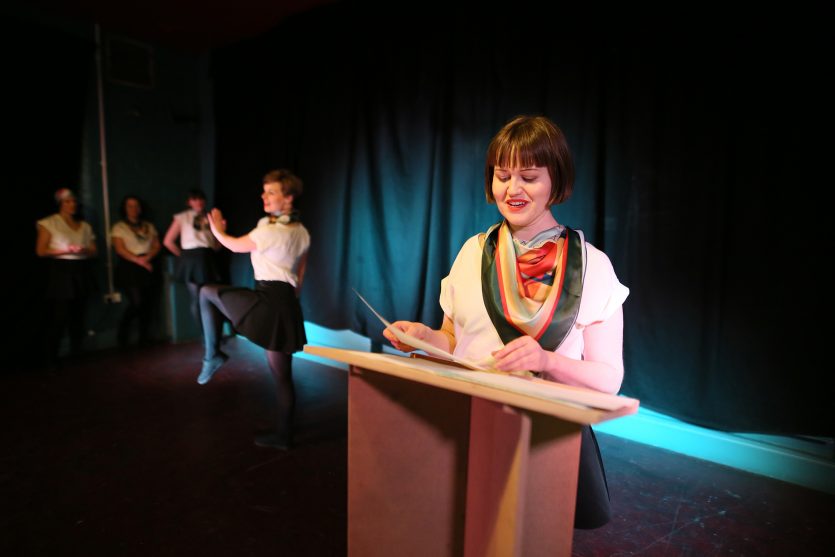 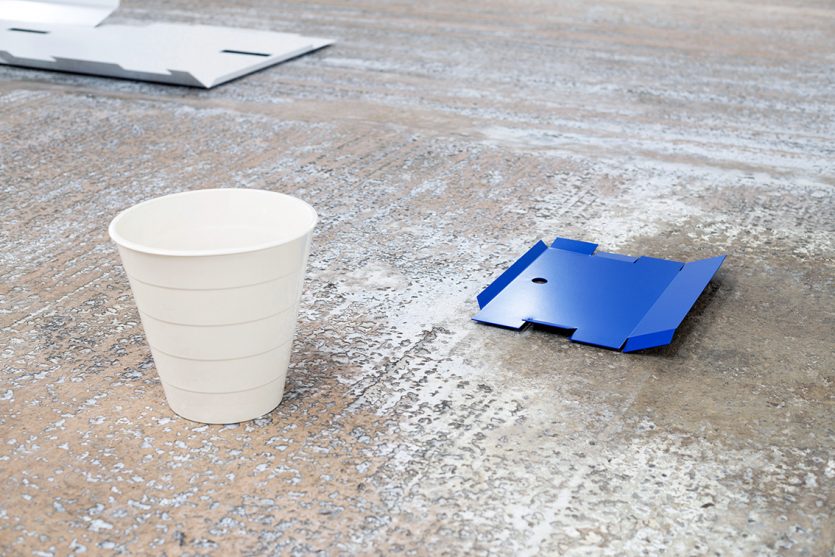 Construction House is a six-month programme of commissions, exhibitions, events and activities by S1 Artspace studio holders, which explores the role, possibilities and responsibilities of collective artistic activity today. The programme reflects on the philosophy and relevance of the influential Bauhaus movement for today’s practicing artist and their relationship with society. The Bauhaus – which celebrates its centenary in 2019 – was the most influential modernist art school of the 20th century, whose approach to teaching, and understanding art’s relationship to society and technology, had a major impact in Europe and the United States long after it closed.

A literal translation of the term ‘Bauhaus’, Construction House reflects on the work and ideas of a number of influential Bauhaus Masters and Teachers, from Oskar Schlemmer, László Moholy-Nagy and Marianne Brandt to Gertrud Grunow, Johannes Itten and Paul Klee. Construction House includes archival Bauhaus material, photographs, film and original design objects, and, over the course of the six-month programme, explores three core aspects of Bauhaus philosophy in relation to contemporary artistic practice:

Order & Limitations (6 Oct – 24 Nov) looks at the creative possibilities of patterns, sequences and rules. The relationship between theory and artistic practice was fundamental to Bauhaus teaching, conveyed through a set of principles that could be applied to the production of visual art and design. Paul Klee produced instructional guidelines from his Bauhaus lectures in the Pädagogisches Skizzenbuch [Pedagogical Sketchbook], which included a series of dynamic conceptual exercises for artists to follow, some of which are reproduced in the exhibition. Inspired by Klee’s approach, Anni Albers used the strict grid of the loom as a basis for the abstract designs of her weavings and later prints and drawings, such as Do III (1973), included in the exhibition. The application of geometry and mathematical systems to choreography implemented by Oskar Schlemmer was famously realised in the Bauhaus Dances, delivered as a series of lecture dances between 1927-29, documentation of which is also included.

Leisure Time (6 Dec – 9 Feb) examines the potential of physical activity and play to encourage experimentation and unleash creativity, based on Johannes Itten’s teaching methods at the Bauhaus. Itten emphasised the importance of spiritual, psychological and physical wellbeing, introducing meditation and gymnastics classes into the curriculum. Movement, dance and sport were seen as methods for outwardly expressing internal experiences. Gertrud Grunow lead the ‘theory of harmonisation’ course which considered the relationships between sound, colour and movement, whilst Karla Grosch taught women’s gymnastics based on Constructivist principles, leading classes on the Bauhaus roof. Grosch’s classes are captured in the famous photographs of Bauhaus student T. Lux Feininger, a selection of which are included in the exhibition.

Radical Materials (21 Feb – 20 Apr) focuses on the practical workshops held at the Bauhaus, which brought together creativity and experimentation with materials with industrial manufacturing processes. The Bauhaus was founded on the principle that good design could revolutionise everyday life to create a new and better world. Workshops including carpentry, ceramics, glass, metal, graphics, photography and weaving were at the curriculum’s core. Some of the most iconic Bauhaus design objects were produced in the metal workshop led by Marianne Brandt under the guidance of László Moholy-Nagy, including the desk set, tray and coaster holder which are displayed in the exhibition. Moholy-Nagy’s experiments with materials and the movement of objects and light through space are included in the exhibition in his only abstract film, Ein Lichtspiel: Schwarz Weiss Grau [A Lightplay: Black White Gray] (1930).

100 years on from the inception of the Bauhaus, which despite its lasting influence only existed from 1919-1933, Construction House considers how Bauhaus ideas can be applied to a fundamentally changed world. Over six months the studio holders will programme a series of participatory activities and events – including talks, performances, film screenings and practical workshops – to look at these ideas in relation to their own practice and interests in collaboration with other artists, designers and specialist manufacturers across Sheffield.

At a time when the role of artists and cultural organisations is becoming ever more important in presenting original ideas and independent thought, Construction House provides a framework for artists to explore their work and approach to artistic practice in relation to this influential movement through connections and collaborations across a broad spectrum of creative activity.

Construction House is part of Making Ways, a programme supported by Sheffield Culture Consortium through Arts Council England to showcase, celebrate and develop the exceptional contemporary visual art produced in the city. Additional support has been generously provided by The Fenton Arts Trust and The Finnis Scott Foundation.