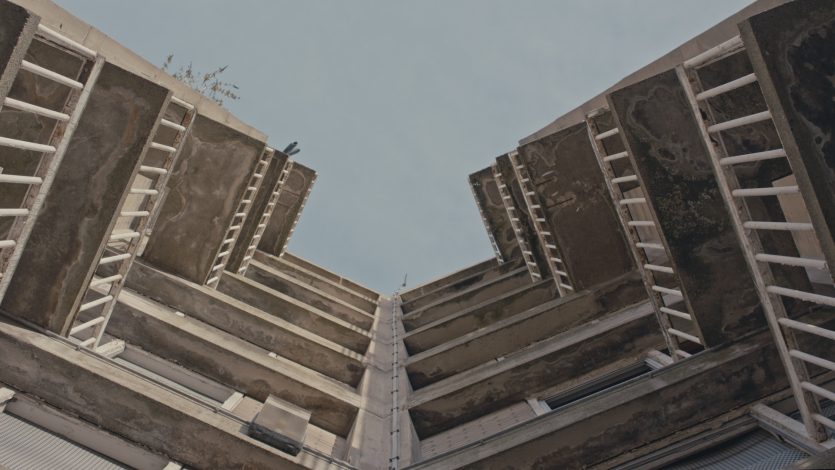 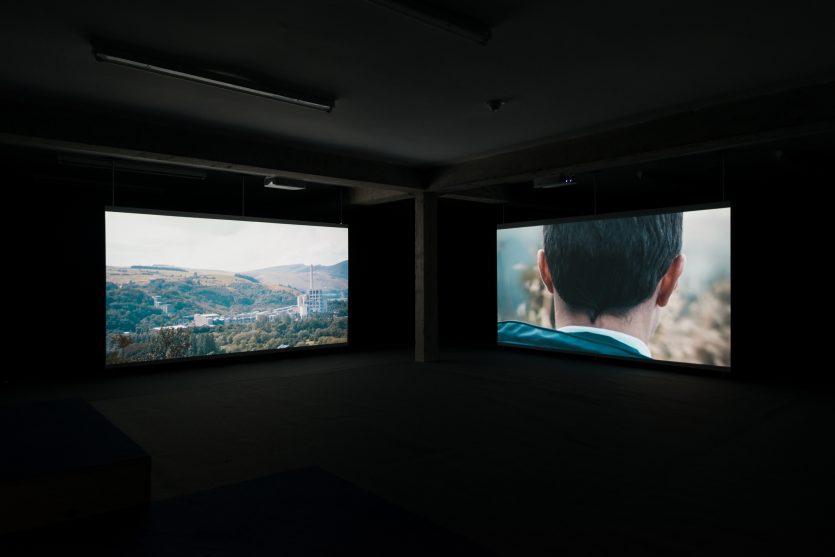 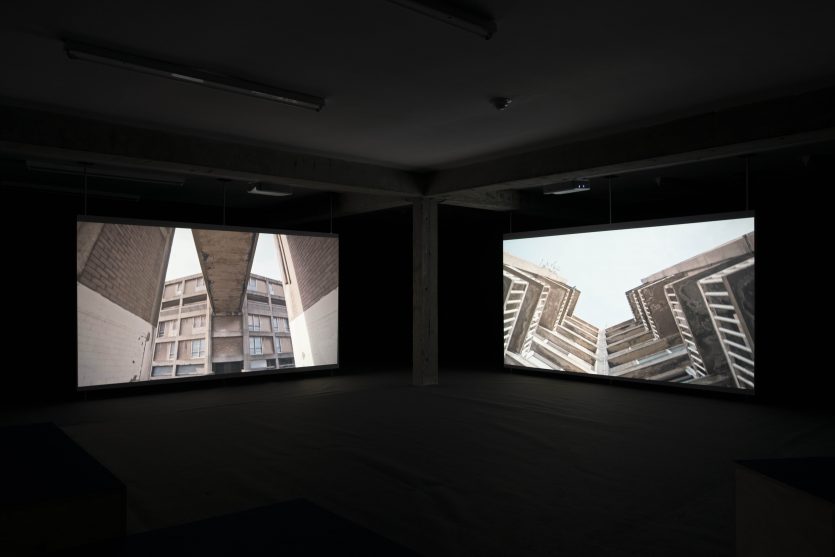 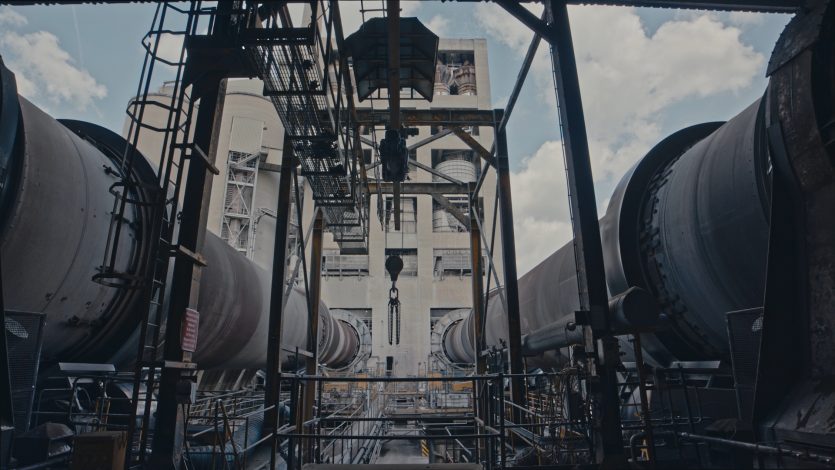 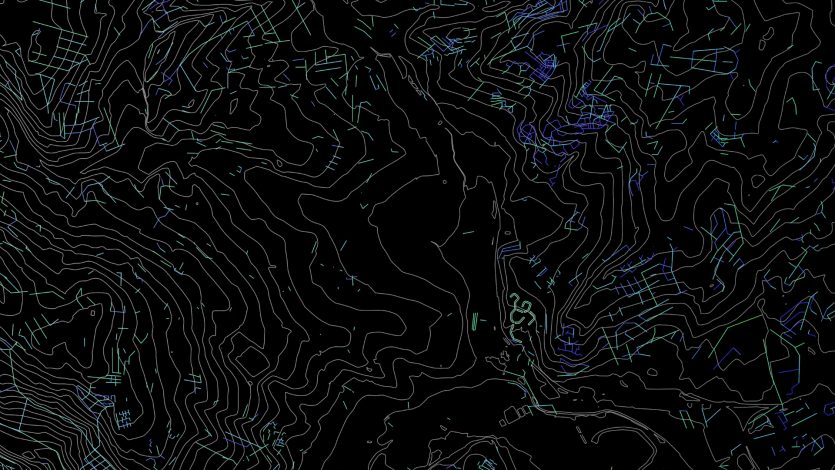 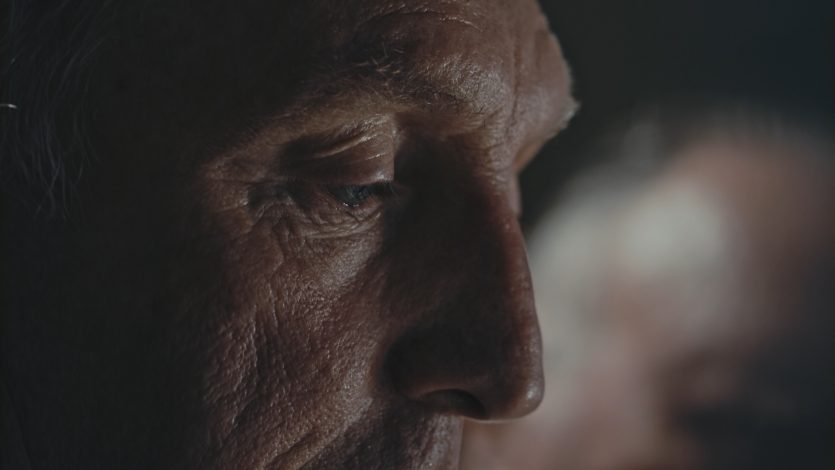 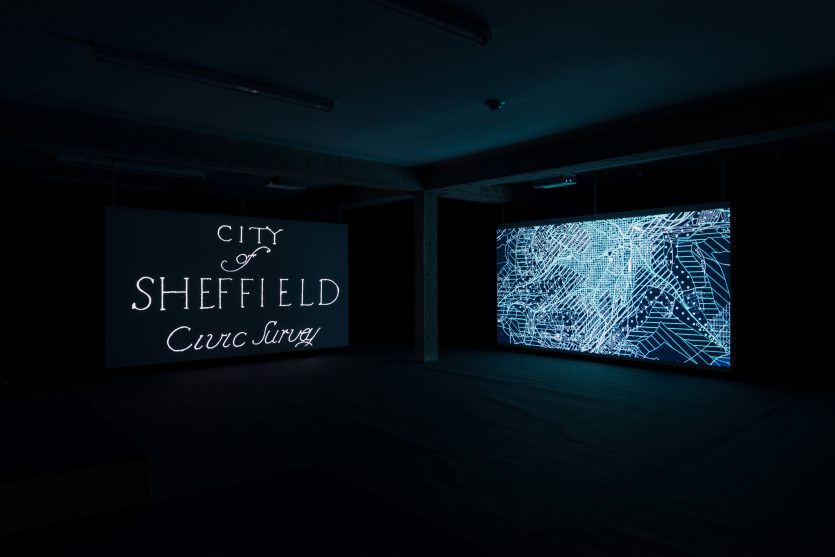 ‘Deep Structure’, a newly commissioned film and solo exhibition by artist Ilona Sagar, explores the links between architecture, health and community wellbeing through the lens of Sheffield’s Park Hill estate. Troubling the links between buildings, bodies and post-industrial landscapes, the film draws parallels between the unique sprawling structure of the building and the scientifically measured body. Designed in 1961, the estate is one of the UK’s most radical and significant post-war housing projects and a testimonial to an era that revolutionised social and residential housing.

Filmed at Hope Cement Works in the Peak District, The Materials Science and Engineering Department at the University of Sheffield and the Park Hill estate, ‘Deep Structure’ focuses on material structures, considering the ways in which they are measured and analysed. Hope Cement Works, which opened in 1929 and is now the largest material factory in the UK, becomes a complex monolithic space within the film, representing something in-between industrialised networks and natural systems. Entangling these connections, ‘Deep Structure’ thinks about the factory and the estate as living bodies – machines for health, good and bad – considering the ways bodies and buildings are mapped, archived and translated into data.

Informed by research in Sheffield Archives & Local Studies Library and ongoing conversations with former residents of the estate, ‘Deep Structure’ complicates official narratives around its history with the lived experiences of its inhabitants. The film experiments with the scale of speech, from the bureaucratic and instructional to the emotionally intimate and physical, where voice and sound acts as both a dislocation and a connecting element within the work.

Developed in collaboration with Human Computer Interaction Design at City University, London, The Space Syntax Laboratory at The Bartlett, and the Department of Materials Science and Engineering, University of Sheffield, ‘Deep Structure’ uses scanning, spatial analysis techniques and archival data sets on Park Hill to unpick the ways in which buildings and bodies are surveilled, both through official-bureaucratic structures and shared social experiences. Built on mathematical algorithms, space syntax is a method of analysing spatial configurations. It measures the difficult to define space between buildings and the social or anti-social encounters that activate buildings, cities and landscapes. The application of algorithmic and data visualisation processes becomes a mode of navigation within the film, and reflects how scientific reasoning is authored and inscribed into both the body and civic systems.

One of the most unusual aspects of Park Hill’s design process was the emphasis placed on the residents themselves. The design encouraged social interaction, and uniquely involved tenants within a pioneering consultation throughout the design process and the building’s initial use. The Housing Act 1980 marked the start of a seismic shift towards home ownership, introducing caps on local authorities to limit their ability to borrow money to build council houses. Architects, town planners and designers have a powerful influence on our health and self-esteem, as well as ideas around community and society. Interrogating the contested civic ambitions of architecture, ‘Deep Structure’ is a darkly speculative work that examines our uneasy and increasingly precarious relationship to public welfare, housing and wellbeing.

Ilona Sagar lives and works in London. Using a diverse range of media spanning performance, film and sound installation, she has formed a body of work which responds to the social and historical context found in the public and private spaces we inhabit. Sagar’s practice is developed in a cross-disciplinary dialogue with a range of art and scientific disciplines including dance, architecture and neurology.